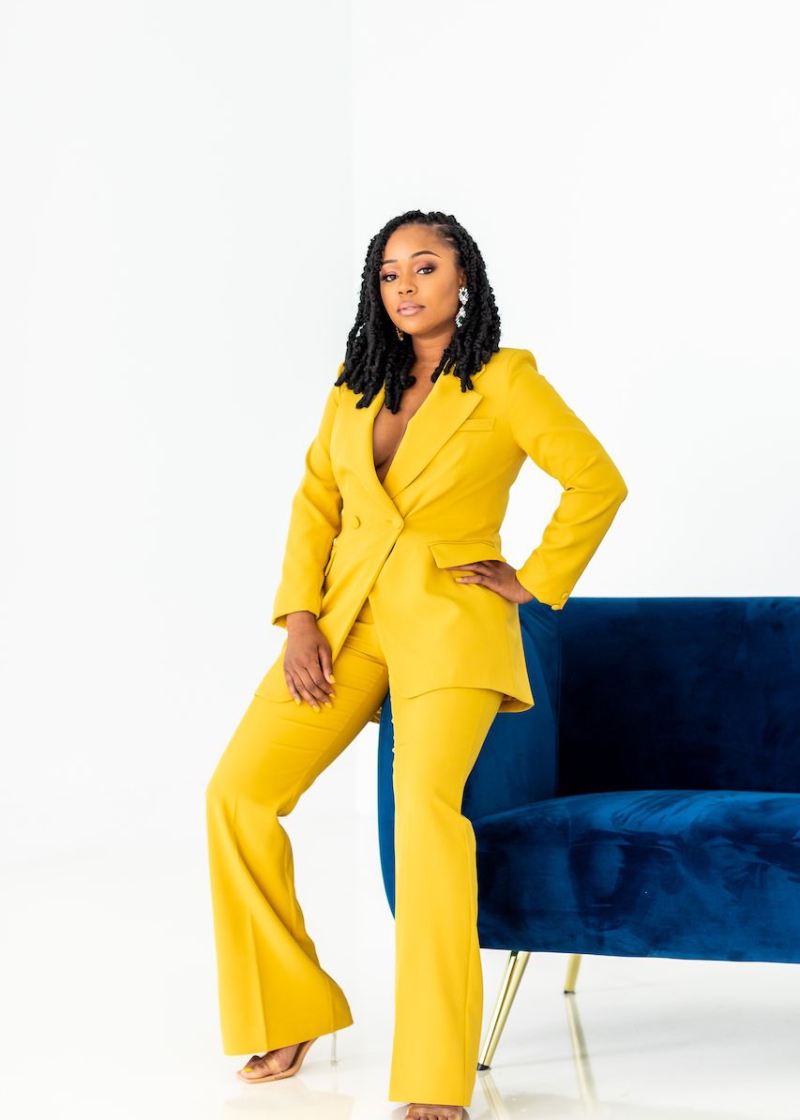 Black and brown communities are determining their own futures. Gatekeepers need not apply

The Plug founder, Sherrell Dorsey, writes that no one is waiting around for the powers that be to grant access to the resources needed for progress.

“Give us the tools and watch us fly.” This is the bottom-line demand on the once exalted gatekeepers and their thinning red tape.

With my ears to the ground in the innovation economy of communities of colors, it is evident that scarcity, fear, and victimhood of Black and brown people are transitioning into ownership of their futures. They are not waiting around for the powers that be to make growth choices and upskill access points on their behalf anymore.

Gatekeepers must meet the demand for guidance and resources to be brought to the forefront on all levels, or they will be phased out entirely. The distribution of highly regarded information has already begun to trickle down through new-age teachers – not ivory tower academia – niche investigative podcasters, online course influencers, the panelists of Twitter Spaces, and thought leaders on the ground and in the crowds of the people. They are forming communities, but not with the leaders of the communities in which they live. This is a reflection of the time and proof that Black and brown people are not seeing progress in city-led initiatives, which are still very condescending.

[Black and brown communities] are not waiting around for the powers that be to make growth choices and upskill access points on their behalf anymore.

Years of discussions and gathered data concerning the future of work for Black and brown communities in America have led to what generational-impact change exactly? There has yet to be an urgent, widespread move toward opportunity and advancement in a meaningful way. During the summer of 2020, we saw some level of corporate America acceleration through commitment responses to the George Floyd murder and movement, but when we seek extreme adoption of cities and companies developing true long-standing routes toward opportunities, we don’t see it.

Scarcity-minded officials across the country have resorted to task forces and fear-based regulations in an attempt to bandage disparity and inadequacy concerns in their cities. However, all too often, we fast forward three to four years and discover that the task forces produced nothing more than a series of empty initiatives. As a result, it has left the tasks to the communities who are often written about and researched but never invited to determine for themselves what their cities, communities, and workplaces should look like in a service to themselves.

At what point do we sit down with communities of color and share the plethora of information that exists, instead of recreating new wheels and new ciphers of multimillion-dollar projects where the only people who benefit are the overseers? And if we take a moment to pinpoint the blame, where would it lie? In the barricades between the people and the infrastructure of information sharing. This structure has to fundamentally change to empower people to create their own strategies and access points. In other words, give us the tools and watch us fly.

At what point do we sit down with communities of color and share the plethora of information that exists, instead of recreating new wheels and new ciphers of multimillion-dollar projects where the only people who benefit are the overseers?

The creation of new-age, unobstructed opportunities

We have had no choice but to connect, train, transition, excel, and build beyond gatekeepers’ bureaucratic ceilings and unleveled frameworks of access. Take Dr. Nashlie Sephus, a Black applied science manager for Amazon’s AI initiative, for example. She is building a $25-million dollar tech district in the downtown area of her hometown, Jackson, Mississippi. After working as the chief technology officer (CTO) of a Black-led tech company that was acquired by Amazon in 2016, she took her money and shares and purchased property with a vision to create an endearing 500,000-square-foot tech hub where people can live, work, play, and eat. The unfortunate fact hovering over Dr. Nashlie’s story is that in a town where there should have been more investment toward such ownership, growth, and access for the innovation economy of Black and brown communities, there was not. She took matters into her own hands – doing for her community when leading city gatekeepers had fallen short.

Jessica Santana, who founded America On Tech in 2014, has also created pathways for thousands of Black and brown students into technology careers, pairing many with renowned startups for six-week internships. Khalia Braswell, a computer scientist who began her career as an Apple user experience engineer, quit her job and relocated to her hometown of Charlotte, North Carolina, to run INTech Camp for Girls, a nonprofit she founded to provide opportunities for Black middle school girls to learn the fundamentals of computer science and technology.

Consider serial innovator and certified personal coach Kanika Tolver who regularly hosts job fairs in Twitter Spaces for Black and brown communities that would not otherwise have the network reach or opportunities. Discover the podcast Earn Your Leisure, hosted by financial advisor Rashad Bilal and educator Troy Millings, which aims to share behind-the-scenes industry moves in finance, investments, and money management with those who have been left out of such discussions. Notice how Career Karma’s co-founder and CEO Ruben Harris has designed what is now a dominant technical and career advice platform to assist millions of visitors – mostly women and people of color – find their way through thousands of boot camps and professional development programs across the country.

Give us the tools and watch us fly.

The number of people doing the work is rapidly increasing. Gatekeepers can no longer dismiss this group by saying, “You’re doomed because of x, y, and z,” or deny them access to the curriculum. No, they are seizing the curriculums for themselves, and some larger companies are finally stepping up and creating alternative pathways to opportunities for greater inclusion. Many are expanding their recruitment practices beyond a handful of institutions and universities, as well as utilizing boot camps, vocational programs, and community colleges to find talent that does not mirror the vast majority of their existing workforce. Some are even dismissing the four-year college degree requirement for certain jobs.

[Creating new-age, unobstructed opportunities] is more than a diversity campaign; it’s a communal adoption. It is funding thousands of certifications every year, regardless of outcome. It is investing in areas that were previously overlooked.

Amazon announced in 2019 a plan to spend $700 million on retraining and upskilling 100,000 of its employees – or a third of its U.S.-based workforce – by 2025. Instead of hunting for 100K workers in the market, they’ll retain the ones they have. They also announced in 2021 that they would cover 100% of the cost of tuition for hourly employees seeking higher education. Telecommunications giant Verizon launched a $44 million upskilling initiative in partnership with Generation USA, to train 500,000 workers by 2030 for jobs. People identifying as Black or Latino, who are unemployed or do not currently have a four-year degree, would be given priority admissions.

This is what it looks like to create new-age, unobstructed opportunities. It’s more than a diversity campaign; it’s a communal adoption. It is funding thousands of certifications every year, regardless of the outcome. It is investing in areas that were previously overlooked.  For too long, hierarchies have made getting into advanced spaces complex for people of color. But it needn’t be.

We’ve often been on the receiving end of exclusion and, in many ways, felt stuck without a guide. Today, we can include ourselves in more rooms and tables that will lead to higher-paying jobs, strategies for navigating an education that will not leave us in insurmountable debt, and career prospects that will allow us to be pillars within our families and communities. We are pioneering tools and programs to provide new forms of access and opportunity to what it means to be included in the future of work. And gatekeepers are not asked to subscribe.

Sherrell Dorsey, the author of Upper Hand: The Future of Work for the Rest of Us, is a celebrated data journalist and entrepreneur. She is the founder and CEO of The Plug – a distinctive, Black tech news and insights platform covering Black innovators in tech, venture capital, future of work policy, and more. Her work has been featured in Fast Company, Inc, Black Enterprise, Columbia Journalism Review, The Information, The Washington Post, and other notable publications. She was named one of the most creative media companies in business by AdWeek in 2021. She was a sponsee with Kauffman’s 2021 Media Sponsorship.