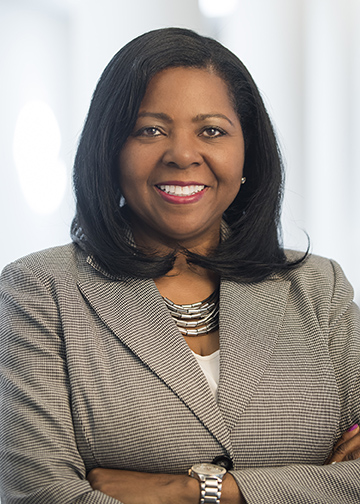 Jackson-Leathers holds a bachelor’s degree in business administration-management from Park College and a master’s degree in public administration from the Bloch School of Public Administration at the University of Missouri-Kansas City. She is a graduate of both the Kauffman FastTrac New Ventures program and the Kansas City Tomorrow program. She is a former commissioner of the Greater Kansas City Housing Authority, former board member of Visit KC, and is currently on the board of Ewing Marion Kauffman School.