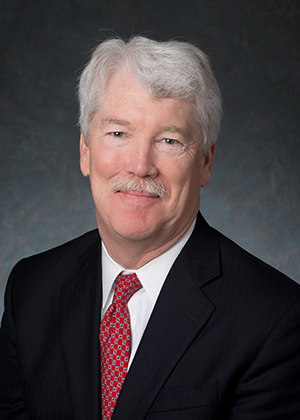 John Sherman is chairman and CEO of the Kansas City Royals Baseball Club, leading an ownership group that acquired the team on November 25, 2019. He previously served as vice chairman of the Cleveland Indians Baseball Club. He is active in the business of Major League Baseball serving as chair of the PDL Executive Board and is a member of the Ownership Committee and Long-Term Strategic Planning Committee. He is also a member of the Executive Council.

Mr. Sherman is an entrepreneur, civic leader, and philanthropist who is extensively involved in communities throughout the Kansas City region.

His first startup, LPG Services, grew rapidly and merged with Dynegy (NYSE:DYN) in 1996. That same year, he founded Inergy, L.P., which became a public company in 2001. Mr. Sherman was the Chairman and CEO of Inergy, L.P., and Inergy Midstream, L.P., and led the company through a period of tremendous growth, creating a total enterprise value of nearly $5 billion prior to merging with Crestwood Holdings in 2013. Mr. Sherman currently serves on the board of the merged company, Crestwood Equity Partners (NYSE:CEQP).

Mr. Sherman is a past chair of the Civic Council of Greater Kansas City and the Truman Presidential Library Institute. He is a trustee and the current chair of the Ewing Marion Kauffman Foundation and the National World War I Museum and Memorial. John and his wife, Marny, are founders of the Sherman Family Foundation which focuses on supporting education in the Kansas City region. He also serves on the Technology Acceleration Partners, LLC (TechAccel) Board of Directors.

In 2013, Mr. Sherman was awarded an honorary doctorate by the UMKC School of Education for his work in urban education. In 2014, he was inducted into the inaugural class of the Bloch School of Business Entrepreneurs Hall of Fame with a group that included Ewing Kauffman, the original owner of the Kansas City Royals who brought major league baseball back to Kansas City, and Lamar Hunt, founder of the American Football League (AFL) and owner of the Kansas City Chiefs. In 2017, Mr. Sherman was the recipient of the Henry W. Bloch Human Relations Award from the Jewish Community Relations Bureau/American Jewish Committee.