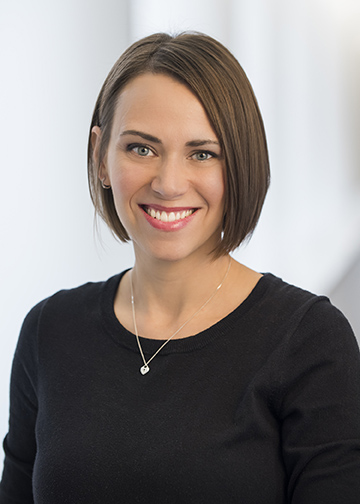 Julie Scheidegger is an editorial manager in Public Affairs for the Ewing Marion Kauffman Foundation, where her work focuses on the digital content lifecycle: analyzing, planning, copywriting, editing, distributing, managing, and monitoring content, as well as managing social media content for the Foundation.

Prior to joining the Kauffman Foundation, Scheidegger worked for UBM Life Sciences as a content editor, where she managed and developed content from web to print, to social media and multimedia for business-to-business magazines for the veterinary profession. Scheidegger started her career in newspapers working as a photojournalist and photo editor for The Examiner in Independence, Missouri, and later, The Lee’s Summit Journal. She managed the newspapers’ visuals, wrote features and reported news. She also launched video and multimedia coverage for The Examiner. While with The Lee’s Summit Journal, she was awarded three consecutive McClatchy President Awards, among other honors.

Scheidegger holds a Bachelor of Journalism in photography and a minor in English with a focus on creative writing, fiction from the University of Missouri School of Journalism. She has done freelance work for Feast magazine, Getty Images, and other media agencies covering primarily the NFL, MLB, and NCAA, as well as publishing work in Sports Illustrated, ESPN the magazine, and many other sports media outlets. She is a volunteer for Kappa Holiday Homes Tour and the Kansas City Zoo’s annual Jazzoo fundraiser.