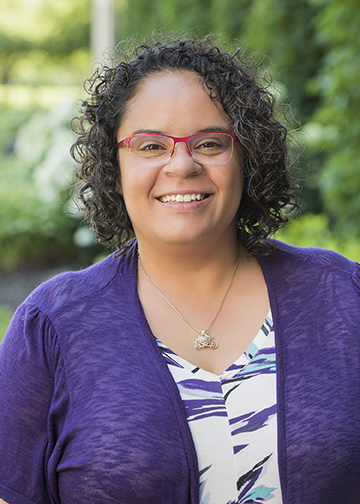 Laura A. Sanchez is the program director of Kauffman Scholars, Inc. (KSI), supporting a team of six coaches/staff who directly engage with all college-level students. Since joining KSI in July 2008, she has worked in several roles, including high school leadership coach, secondary coach, postsecondary coach, and her current role as one of the leaders of the organization.

A native of Brooklyn, New York, Sanchez began her professional career in Kansas City as an AmeriCorps VISTA member with Bridging the Gap. While in Kansas City, she also worked with parents and families through the Local Investment Commission (LINC) and Head Start. After returning to her hometown of Brooklyn, Sanchez managed a high-school-based, multi-funded program as an AmeriCorps program director with Cypress Hills Educational Choices Center. Additionally, she worked with the Henry Street Settlement and Green Chimneys organizations providing individual and group adolescent counseling for homeless, LGBTQ, and other at-risk youth.

Sanchez is a graduate of Boston University with a Bachelor of Arts in cultural anthropology and the Hunter College School of Social Work (LMSW).