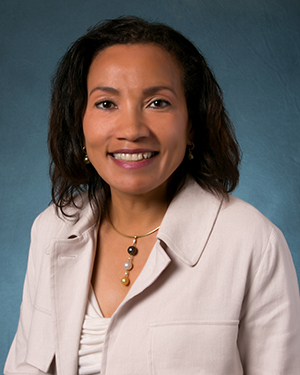 Miriam Rivera is co-founder and managing director of Ulu Ventures, a top seed-stage venture fund in Silicon Valley focused on information technology startups. She is dedicated to increasing diversity in both the entrepreneurial and investment communities. Ulu’s entrepreneurs are quite diverse by industry standards including approximately 30 percent women CEOs, 30 percent minority CEOs, and 10 percent minority co-founders. Prior to Ulu Ventures, Rivera was vice president/deputy general counsel at Google, which she joined in 2001 as the second attorney where she helped build and lead an award-winning global legal department. Rivera is also the co-founder, former co-president, and on the board of Stanford Angels & Entrepreneurs. She is a Kauffman Fellow in venture capital and worked for Ariba as counsel after having co-founded angel and then venture-backed Outcome Software. Previously, Rivera worked as a strategy consultant for Accenture and as an associate at the law firm of Brobeck, Phleger & Harrison.

A first-generation college student and scholarship recipient, Rivera graduated from Stanford University, where she earned AB, AM, and JD/MBA degrees. Her commitment to promoting education to low-income families and to her alma mater is extensive. She has helped raise $250 million for need-based undergraduate scholarships and endowed a scholarship fund for low-income or undocumented students at Stanford. She currently serves on Stanford’s Lead Council and the Stanford Law School Venture Fund. Rivera previously served on Stanford’s Board of Trustees, the Office of Technology Licensing Advisory Board, the Board of Visitors of Stanford Law School, and the Dean’s Advisory Council for the Stanford Graduate School of Business. She has been honored with the Stanford Medal, awarded to fewer than one percent of Stanford alumni. Rivera also serves on the Investment Committee of Acumen Fund America, an impact investment fund serving the needs of low-income Americans.