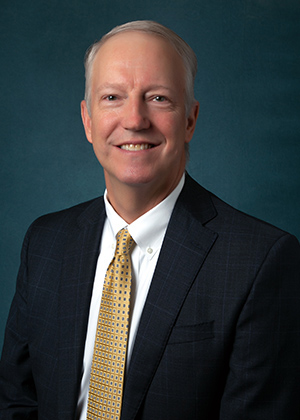 Paul Schofer is president and chief executive officer of the Kauffman Center for the Performing Arts, a position he has held since June 2014. In this role, Schofer has leadership and oversight responsibilities for all aspects of the Kauffman Center’s operations, assets, and finances. Prior to being appointed to his current position, Schofer spent approximately two years as vice president of operations and chief financial officer for the Kauffman Center. In that position he played a critical role in establishing the Center’s operational practices post grand-opening and in fine-tuning the Kauffman Center’s financial controls systems and procedures as he provided leadership and oversight to accounting and technology services, human resources, patron services, and theater operations.

Schofer has significant experience in both the for-profit and not-for-profit sectors. He began his career in public accounting with Price Waterhouse, where he earned his CPA certificate. This was followed by stints with Marion Laboratories, Inc., a pharmaceutical company founded by Ewing Marion Kauffman, and Hallmark Cards, Inc., the world’s largest greeting card company. He then joined the Ewing Marion Kauffman Foundation, where he served in various capacities over a 15-year period including chief financial officer. Schofer’s most recent position prior to joining the Kauffman Center was as senior vice-president and chief financial officer at Learfield Communications, Inc., a diverse multimedia enterprise that manages the athletic marketing and branding rights for more than 50 collegiate institutions and associations. He was instrumental in managing the process of selling the 45-year-old company to a private equity firm in 2007.

Schofer received a bachelor’s degree in accounting and a master’s in business administration from the University of Missouri. His community activities include previous board memberships with The Children’s Place and Powell Gardens, participation in the Centurions Leadership Program of The Greater Kansas City Chamber of Commerce, participation in the Kansas City Tomorrow Leadership Development Program, serving as a mentor in the Helzberg Entrepreneurial Mentoring Program, serving on the board of directors of the Downtown Council of Kansas City, and a wide variety of other volunteer service endeavors including three recent medical mission trips to Haiti.