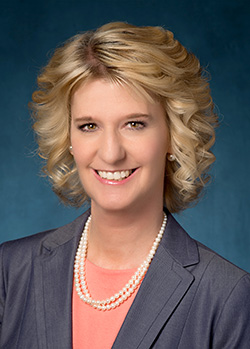 Wendy Guillies is the president and chief executive officer of the Kansas City-based Ewing Marion Kauffman Foundation. With more than $2.5B in assets, the Kauffman Foundation is one of the largest private foundations in the United States. The Foundation approaches its work from the middle of the country with a solid Midwest mindset – working to build practical and workable solutions to today’s challenges.

Guillies leads the Foundation’s work to boost student achievement in the Kansas City region and to accelerate entrepreneurship across the country. Before becoming CEO, she played an instrumental role in building the Foundation’s local, national, and global reputation as a thought leader and innovator in its fields. Guillies has worked at the Foundation since early 2000 and was named president and CEO in 2015.

Guillies has deep expertise in communications, marketing, organizational development, and talent management. She serves on the boards of Saint Luke’s South Hospital, Folience, Enterprise Bank & Trust, and the Economic Club of Kansas City. The Kansas City Business Journal has named her to the Power 100 list since 2016, and TechWeek KC named her to the Tech 100 list. She was also selected for the 2017 class of the KC Business Journal’s Women Who Mean Business.

Guillies is a native of Kansas City, Kansas, and a graduate of the University of Nebraska. She lives in Overland Park, Kansas, where she and her husband are the proud parents of two daughters.