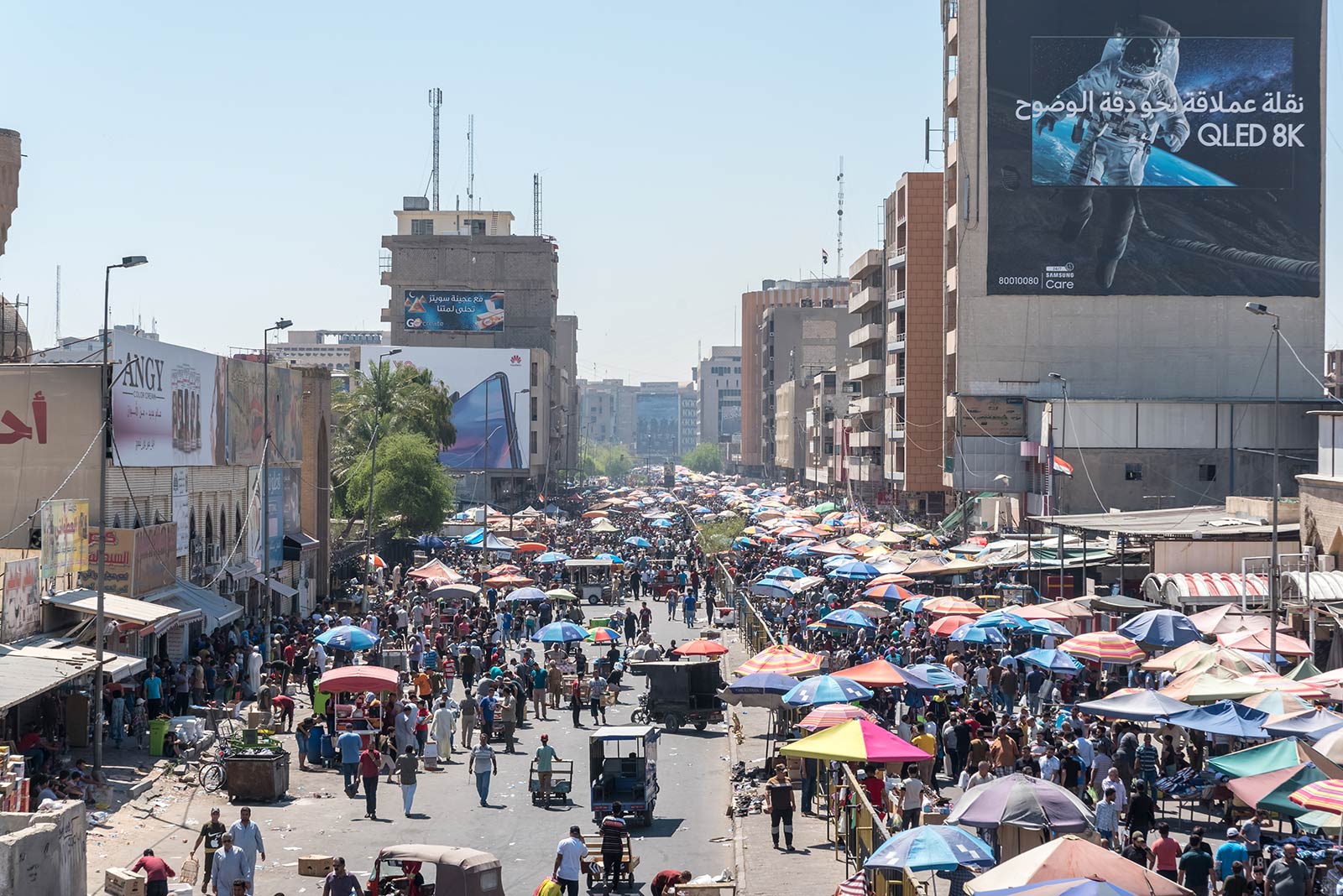 In Iraq’s capital city of Baghdad, a single-window business registration portal launched in November 2021. Since its creation, 2,485 businesses have been registered, with registrations escalating exponentially during the last two months.

In this newly polarized world of nations, it is easy to forget that our planet’s natural ecosystem is global. The same is true for innovation and entrepreneurship where national boundaries are equally artificial lines porous to ideas and the culture and complex systems that enable startup communities.

As we embark on the 15th annual Global Entrepreneurship Week (GEW), it has never been more important for communities to share and collaborate across borders given the geopolitical backdrop surrounding our world’s dreamers and risk takers. While the celebration has spread to countries near and far, GEW started in partnership with the Kauffman Foundation in Kansas City, Missouri, in the middle of America’s Heartland.

Global Entrepreneurship Week Nov. 14-22 will host 40,000 activities in 200 countries. Find a GEW event in your community >

It was true then and remains now – both entrepreneurs and those who support them would be wise to remember they do not have to do it alone. The global community of founders, investors, policymakers and community leaders, and organizations are as eager to learn as they are to share what has been tested and learned. In communities of all sizes around the world, one can find remarkable feats of resiliency and innovation in pursuit of inclusive prosperity.

Here are four things I recently learned from listening to those beyond our shores.

Both entrepreneurs and those who support them would be wise to remember they do not have to do it alone. The global community of founders, investors, policymakers and community leaders, and organizations are as eager to learn as they are to share what has been tested and learned.

In every problem, there is a gift for you in its hands and the COVID pandemic was no exception, with some of the most thrilling developments taking place in some of the world’s poorest countries.

Take digital government for example. Iraq, Benin, and Bhutan are among a handful of countries that have moved the business registration process entirely online in recent years – cutting red tape, simplifying processes, and making the experience more transparent and accessible to all citizens – especially those from underrepresented communities and the informal economy. In 2020, Benin became the fastest country in the world to register a business (a two-hour process, from start to finish), only to be overtaken in 2021 by Bhutan, where entrepreneurs can now open a business from anywhere within 60 seconds, at no cost. Since launching the online portal in 2020, the number of companies registered in Benin has doubled. Now, one-third are founded by women who previously faced an unfriendly path to that goal. Similarly, after launching a single-window business registration portal in Baghdad in November 2021, 2,485 businesses have been registered, with registrations escalating exponentially during the last two months.

Efforts like these, that make it easier and faster to start a business, are happening in the U.S. as well. For example, In November 2020, San Francisco voters passed Proposition H amending planning code and tax regulations to speed up the business permitting process and make it less expensive, allowing more small businesses to fill storefronts left empty by the fallout of the pandemic. Kansas City is one of only two American cities that offers technical assistance to entrepreneurs and the only city that does it at its present scale.

There is increasing evidence for empowering entrepreneurs and those supporting them by funding and fine-tuning what already works. In Nigeria, for example, a simple but well-designed youth business competition combined with grants and government encouragement created 7,000 jobs in new companies and led to the creation of bigger, stronger startups.

In France, an equally simple amendment to an unemployment law to allow founders to collect benefits for up to two years after starting a business has resulted in an increased rate of new firm formation by 25%.

The Global Entrepreneurship Week movement started 15 years ago when the Kauffman Foundation alongside 37 founding nations set out to inspire people everywhere to unleash their ideas and take the next steps in their entrepreneurial journey. That it is now celebrated in almost every nation and territory on earth is clear evidence of the staying power and acceptance of entrepreneurs and their importance within all types of economies and governance.

Part of the impact of the movement has been what can be built from the bottom up by a few committed people who collaborate around common visions. For example, Global Entrepreneurship Network (GEN), with its vast array of year-round programs and policy work across the globe, was itself built by the communities that celebrate GEW.

It’s all about data

A final observation from overseas reminds us that in the messy world of entrepreneurship, data matters more than ever. That ecosystems are not neatly designed, owned, or managed but rather about complex system theory, makes data an essential underpinning in understanding them.

In its early years, GEW leaders had to make a compelling case for shedding the spotlight on new firms over simply small firms. That all the net new jobs in so many economies were coming from firms less than five years old got the attention they needed from policymakers laser-focused on new jobs.

Similarly, results from two consecutive surveys of policymakers conducted by GEN revealed that while almost all respondents understood that barriers are higher for racial and ethnic minorities, women, and youth, only a small minority reported knowing of ways to reduce barriers for these groups in their ecosystems. Given we care about actions and impact, and that more than half of solving a problem is the open recognition that it exists, this is another vitally important number.

The movement and its outcomes can create rich sources of data to yield insight into what’s working and what’s not in entrepreneurship ecosystems worldwide. Sharing such data will be a call to action to all who recognize that in the face of nationalism and populism, we need to remind ourselves we can be bigger than the sum of our parts.

The GEW movement combines a gentle but steady reminder to us all to seek out and share insights beyond the borders of our communities. GEW enables us to build relationships and strengthen a global entrepreneurship ecosystem that welcomes and works for everyone.