This week, the Kauffman Foundation is introducing the new Kauffman Indicators of Early-Stage Entrepreneurship, which offers in-depth measures, reports, and interactive data on entrepreneurial activity across the United States.

The data set released allows those looking for actionable data to track changes in entrepreneurial activity during the last two decades from 1996-2017 across geographies and various demographic groups. The four indicators include: 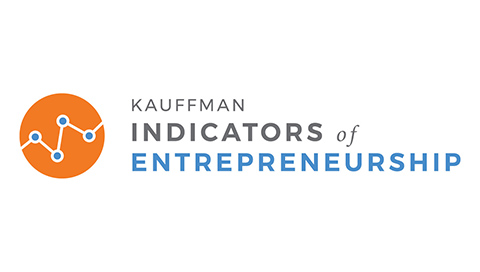 Sameeksha Desai, director of Knowledge Creation and Research in Entrepreneurship, said for those trying to build, maintain, or improve their entrepreneurial ecosystems, the indicators start conversations that can be used in conjunction with traditional economic indicators to focus efforts.

“It gives a lot of nuance large, traditional indicators can’t always provide,” she said. “It doesn’t tell you what to do, but it can help you think about what next steps to investigate.”

For example, if the indicators reveal that a state has an exceptionally high rate of new startups, but low one-year survival, the question can be raised: What can be done to better support entrepreneurs in their first year?

“To look at each indicator by itself, but then also collectively, is really helpful,” Desai said. “As is the functionality to compare state by state.”

“We felt there is value in providing greater nuance on early-stage entrepreneurship,” she said.

Plus, the time where we would consider the activity to be taking place is narrowed.

“Being able to get these one-year estimates is really important – because entrepreneurship is a living process, and things can look different over time.”

“This is one attempt – and we’re going to make more – to look at really early stage within the first year, because it is a very different type of animal,” Desai said. “We want to be able to understand, okay, how do these things look in a very specific way, because more in-depth conversations at the policy level about supporting early stage entrepreneurship will have long-term benefits in any given state or community.”

Notable findings from the national report:

Learn more about the Kauffman Indicators of Entrepreneurship >

This site uses Akismet to reduce spam. Learn how your comment data is processed.