“We can rely on others to pull us up, but I also see the value of having a role model, a coach, or a mentor who can light that fire in us. I was born in a developing country, raised by grandparents who were entrepreneurs, and imparted to me the value of hard work and perseverance. I got married and was a mother at 16. No one believed that I could rise above this difficult situation. I developed an entrepreneurial mindset that helped bolster my career in the corporate world. I had the courage to start small businesses that augmented my economic needs at that time. I believe grit and growth mindset propelled me to where I am today. I am now completing my doctoral degree at Columbia University and proud to have raised socially responsible children.”

One is never self-made. There are always people who help pave the way.

“As a Black woman, familial connections are an integral part to my identity. One is never self-made. There are always people who help pave the way. Affirmative action programs designed to help underrepresented people become educationally and financially equitable were ruined by this ‘pull yourself up by the bootstrap myth.’ All people typically benefit by who they know; not what they know. There needs to be a real discussion on what equity and equitable access looks like.”

“I do not believe in meritocracy. Unfortunately, systemic discrimination is embedded in many of our structures, practices, and programs across public and private organizations. There are real barriers to advancement. To encourage me, many male colleagues have told me to ‘ask’ for what I need or want. I do, but I often hear ‘no’ or ‘prove it.’  Women don’t get the same support as men. I often feel invisible in a male-dominated field.“

“There should be a ‘boot identification’ program that helps people identify their space and bootstraps and how they can contribute regardless of the season they are in (age, ability, etc). And to throw money at more education and more programs that erode the family unit are counter productive to what we really need – stronger family units, stronger community identities, and healthy connections. Resourceful parents raise resourceful kids. Resilient parents raise resilient kids.“

“When I was 18 and headed to college, my dad, an immigrant to this country and a long-time observer of the American system, took me aside and told me to be sure that I made good friends and kept them while in college. I was headed to an Ivy League University, where undoubtedly I would meet a number of well-connected students, and Dad had observed and probably experienced firsthand that only through connections and networks did people succeed in America. And he has been right. Time and time again, whether it’s about getting promoting or getting a job interview, or not getting laid off, it’s been about the connections and relationships I have created or not created. So sadly, even though growing up I was told that hard work would pay off, in America, that is not always the case.”

“I’ve seen people bootstrap their own way to success, but not everyone can. Some people can’t even imagine this scenario. The people and organizations in our lives help us become our best selves, if we open our door to let them in. I’ve helped hundreds of small business owners on my own and via my 30-year career path – each one of them helped me as well. The self-created success story of this American ideal is wishful thinking. We all want to be strong and in control, so we like this story. I prefer stories about people connecting and helping each other.“

Somebody has to be willing to give you an opportunity, especially when you are a historically marginalized individual

“I believe you can have the best intentions and motivation but be met with obstacles. Somebody has to be willing to give you an opportunity, especially when you are a historically marginalized individual. As an entrepreneur, you can have the perfect plan and product but someone has to be willing to try your product. So if I had to give a definitive answer, I’d have to say no (people can’t pull themselves up by their bootstraps) but, I feel like saying that negates the effort that individuals make toward their success.”

“We tend to underestimate our own capabilities and also underestimate what others can do. Often we let our blinders make this worse. Still, at the margin, effort over luck is the key ingredient. This has even been demonstrated in lab experiments. Surveys have asked for decades whether it’s luck or effort that matters more. Regardless of age, gender, country, we usually pick effort – except twice in history: the depths of the Great Depression and… today. Why not recognize and celebrate the talent in our communities hidden by our blinders?“ 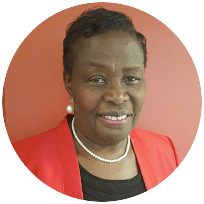 The so-called ‘bootstrap’ is a tattered string.

“There was a time when I thought anyone could work hard and become successful. And while I do believe we have power to change our circumstances to some extent, there are so many structural barriers in place that some people may not realize even exist. The older I got, the more I realized how much was “out there” that wasn’t even on my radar. I’ve experienced moderate success, but I do not consider the world to be my oyster like some people may who were raised in larger cities with college-educated parents who had generational wealth.“

I believe this is true, because I’ve done it. It is 100% up to you to pull as hard as you can on those bootstraps [that] you’ve been gifted and to make this pull over and over again, especially when it is really hard.

“I believe this is true, because I’ve done it. It’s very important to recognize the consistent, day-in and day-out nature of the pulling, combined with the fact that the bootstraps themselves are not made by us. Opportunities are created by other people,  whether from the negative things someone has done that we must handle, or the positive things from many others that create openings for you. In response to those openings, it is 100% up to you to pull as hard as you can on those bootstraps [that] you’ve been gifted and to make this pull over and over again, especially when it is really hard.”

“People who are driven to succeed in life will find a way. If I had simply accepted failure, I never would be where I am today. Still have my boots with the straps on!”

“Hard work is also defined by a white power structure that does not always respect the hard work in poor communities. I once had a white male colleague who insisted that a group of poor hardworking young men of color ‘does not know how to be power[ful]!’ It is this racist and paternalistic attitude that is baked into our society, which perpetuates an almost permanent state of poverty, which as a disproportionate impact on communities of color.”

— Ricardo Neal
Founder & CEO, We Will All Rise, Inc 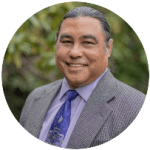 The U.S. is not a meritocracy. It is a brotocracy – a society in which organizations that sustain white entitlement and white privilege, channel the best jobs, loans, and venture capital to the white ‘bros’ in their personal network.

“This belief has destroyed many young people. I do not believe it is true. My family has had members working two jobs and were still not able to make it financially. Everyone needs a positive financial foundation to ‘make it’ or ‘pull themselves up by their own bootstraps.’ Even those who have come from modest means use the benefits of a federal government that provides services that they needed to make it big: libraries, public schools, student loans, safety net programs, farm subsidies, etc. This is a fallacy dependent upon a notion of the ‘good poor.‘”

“Entrepreneurship is solving problems or taking advantage of opportunities. Problems and opportunities are universal to everyone – we all face these. Working hard is also something every person can choose to do. Resources are the key difference. By starting where you are with what you have, bootstrapping using revenues earned, and leveraging at every turn, small can grow bigger.” 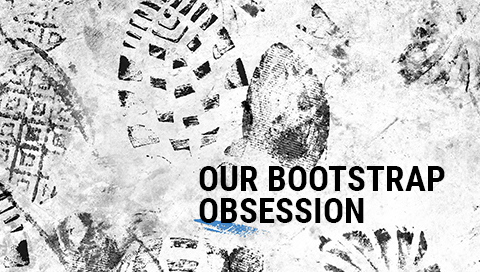