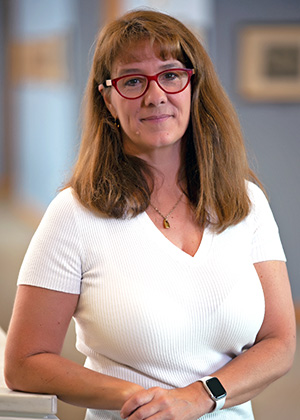 Corey Scholes is an educator-in-residence for the Ewing Marion Kauffman Foundation, where she advises the Foundation on strategic program initiatives and opportunities related to education. One of her first major responsibilities at the Foundation was to help start the Ewing Marion Kauffman School, where she served as interim CEO during the school’s launch. She has also developed and executed the Foundation’s strategy around attracting, developing, and retaining talent in the education sector in Kansas City. Her team is responsible for bringing programs like City Year, KCTR, and Kansas City Plus to Kansas City to make the talent pipeline more robust and able to support the Foundation’s other K-12 investments.

Prior to joining the Kauffman Foundation, Scholes was a school designer for Expeditionary Learning in New York, where her responsibilities included teacher education, curriculum and leadership development, school sustainability structures, and new school recruitment. She also was a consultant for Heart of Change in New York, giving professional development presentations to members of school leadership. Earlier, Scholes was a principal for Southeast K-8 and Lincoln College Preparatory Academy, both in Kansas City, Missouri.

In addition to her leadership positions, Scholes was an instructor for the University of Missouri – Kansas City Department of Education, where she taught several graduate-level courses. Scholes has held several civic positions in Kansas City, including the Boards of Directors of Paul Mesner Puppets and Youth Friends. Currently, she is the Vice Chair of the School Board and Chair of the Academic Committee for the Brooklyn LAB Charter Schools.