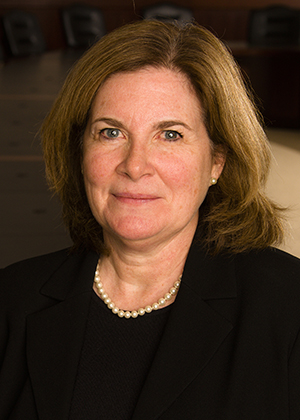 Esther L. George is currently president and chief executive officer of the Federal Reserve Bank of Kansas City. George was appointed president in 2011 after serving nearly 30 years at the Kansas City Fed, most recently as chief operating officer. As president of the Kansas City Fed, George directs Federal Reserve activities in a seven-state region with offices in Kansas City, Omaha, Oklahoma City, and Denver. George is also a member of the Federal Open Market Committee, the body responsible for setting U.S. monetary policy.

As a member of the Kauffman Board of Trustees, George supports the foundation’s mission of advancing educational achievement and entrepreneurial success. This includes a comprehensive approach to supporting students and educators from prekindergarten to college, as well as developing policies and strategies to improve the climate for startups in the United States.

George joins nine other trustees on the Kauffman board, including trustees with deep, national-level expertise in advancing educational achievement and supporting entrepreneurs.