Beyond our extensive research, the Kauffman Foundation has developed and supported a variety of books, publications and other resources that furthers our work. 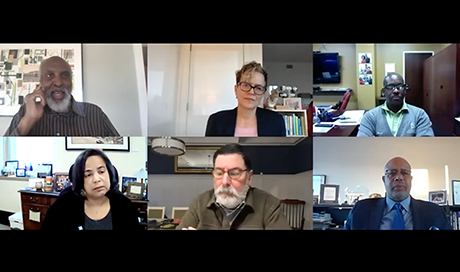 Betsy Hodges, former Mayor of Minneapolis and expert in local anti-racism policies, with mayors and experts explored policies that explicitly address racial justice in systemic ways. The conversation ranged from specific policies to understanding how systems can affect people in unseen and insidious ways. Join us for a deeper understanding of how local policy, systems, and racial bias prevent economic inclusion and how some leaders are talking the problem head on. 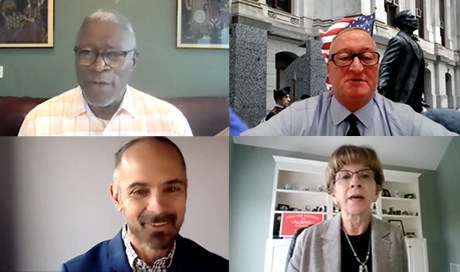 Education is necessary for individual economic achievement. Failings in the education system directly result in economic exclusion, particularly for already vulnerable populations. The former Mayor of Kansas City, Sly James, made education a focus of his administration often argued for early childhood education would have positive impact on economic outcomes for the community as a whole. James gathered local leaders to discuss how other communities implemented early childhood education and connected it to economic growth. 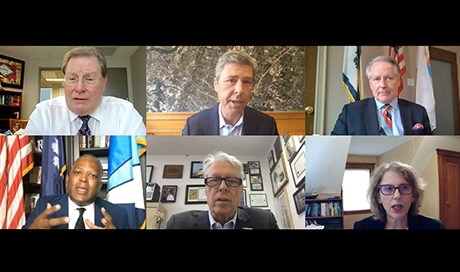 In this conversation, Mark Stodola, former Mayor of Little Rock and policy leader on the future of work, is joined by Chattanooga, Tennessee Mayor Andy Berke; Huntington, West Virginia Mayor Steve Williams; Columbia, South Carolina Mayor Steve Benjamin; Des Moines, Iowa Mayor Frank Cownie; and Juliet Schor, Economist and Sociology Professor at Boston College. The discussion ranged from whether the gig-economy lived up to the hype, or did it merely exacerbate already existent issues. Also, they discussed what a prepared workforce might look like, and how that might impact entrepreneurship in cities. 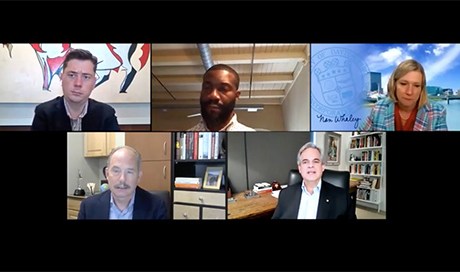 Fresh on the heels of Kauffman’s annual Mayors Conference on Entrepreneurship, elected leaders from four cities across the United States joined host RJ Berry, former mayor of Albuquerque, New Mexico, to discuss how to best help small businesses prosper as part of their communities’ broader coronavirus recovery strategies.
Victor Hwang presented the trends in entrepreneurs and Zero Barriers initiative before the U.S. House Small Business Committee hearing on the State of the Small Business Economy 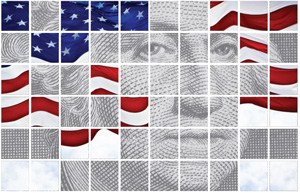 The 8th annual State of Entrepreneurship Address discussed the resurgence of entrepreneurship in the United States, but also that three megatrends must be taken into account to reverse the longer term decline of startups.

Continued disparity in entrepreneurship among people of color requires understanding of the unique challenges they face and for private and public sectors to broaden entrepreneurial opportunity.

This compilation highlights a range of Kauffman resources that discuss entrepreneurs of color, the particular challenges facing these demographics, and the practical and policy ideas to address them.

This Policy Digest examines how Main Street entrepreneurs tend to have deep roots in their communities and encounter distinct policy challenges.